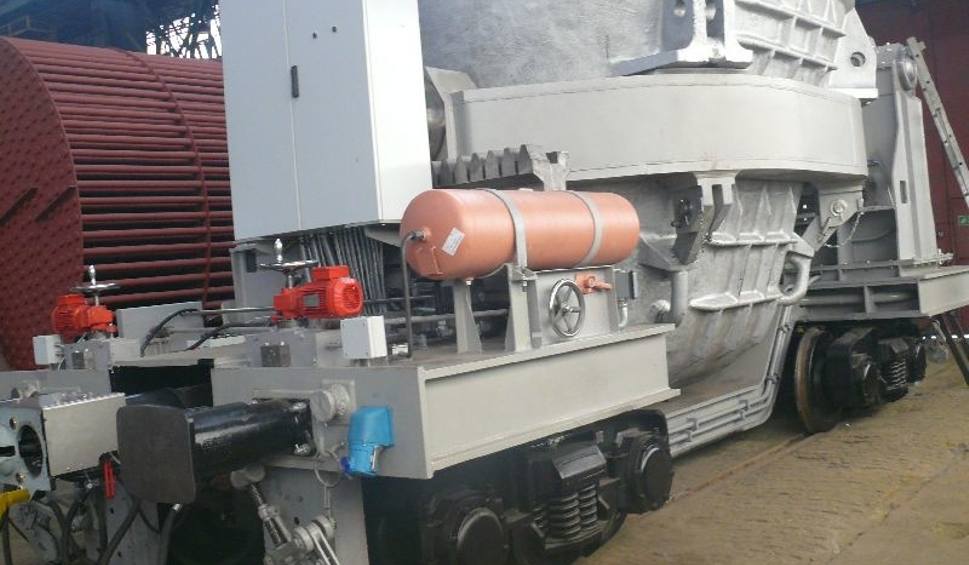 The first cinder car for Huta Miedzi Głogów KGHM has already been manufactured by Grant Ostrowiec. The car, weighing over 70 tonnes, has successfully undergone tests conducted by the Institute of Railway Engineering in Warszawa.

“Grant” implements a contract worth over PLN 50 million for the construction of 36 cinder cars for expanding Huta Miedzi Głogów KGHM. The enormous car, designed and made in Ostrowiec, has successfully undergone tests (wheels, transfer system, tracks anchoring system, ladle tilting), and the two first cars will be sent to Głogów at the end of the month.

“What remains to be done is just finishing touches,such as painting”, says Norbert Jeż, President of the Management Board of “Grant”.

The transport of two cinder cars to Głogów will be a very complex task. The “giants” will be dismantled in order to transport them on three lorries – the “chassis” on two lorries and the two ladles on another lorry.

Cookie settings on this page are set to "Allow cookies" to give you the best way to browse the site. If you continue to use this site without changing your cookie settings or by clicking the "I accept" button, you agree to this.